Team Duskbin picks up right where they left off, at the Finals of the Winner bracket`s to be crowned the Champions of the SteelSeries Malaysia Cup Season 1.

Team Duskbin’s journey throughout the entire Steelseries Malaysia Cup has been one of methodically planning and point perfect plays, as was seen in the Finals of the winners bracket through decisive decision making and careful observation of their opponents picks. 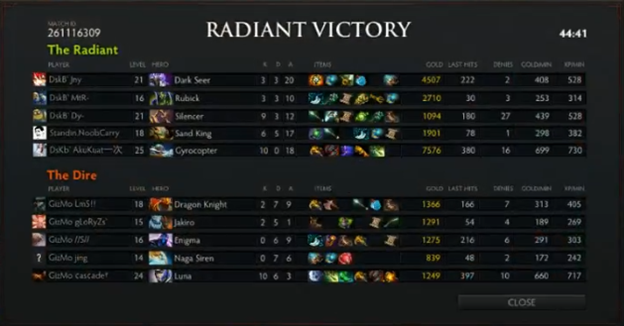 The match started out rather slow for both teams, as it seemed obvious that this was the Grand Finals and nobody wanted to make any careless mistakes.

Team Duskbin opted for a more AoE line up with their Gyro, Sand king and Dark seer pick with a follow up of a Rubick and Silencer. To counter the picks of

Gizmo Gaming where they went for a more up frontal approach, with a Luna, Dragon Knight, Naga siren and a Jakiro coupled with an enigma. 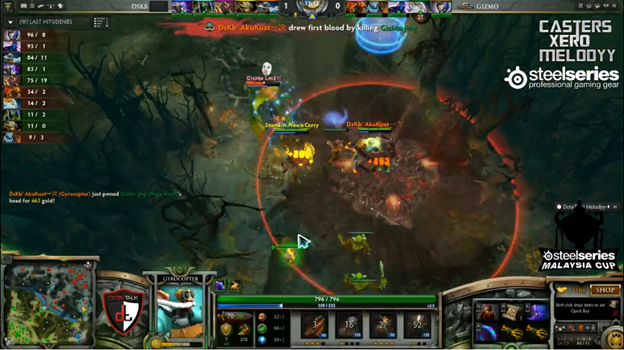 Team Duskbin. First blood was taken by Duskbin due to a failed 3-man gank by Gizmo; they did not notice that the Sand king was still lagging behind of the Gyro. Naga siren swung her net out but sand king came from behind and landed a perfect stun on Naga and Dragon knight, opening up room for Gyro to pop his Ultimate and Spam his first skill.

In the early stages of the game both teams allowed their opponent’s carry to solo farm their respective lanes. Luna was in the lead with an early Midas, while gyro was trying to keep up. As the match hit the mid game, it was a battle of the supports with Rubick being able to steal enigma`s black hole and silencer using his ultimate if there was ever a set up by Gizmo.

Luna was actually at the top of the Gold graph and earning way more than the Gyro, but a few bad plays and minor positioning errors. Duskbin were unable to effectively shut down their opponent`s, once a Refresher orb was picked up by silencer, that meant a total of 14 seconds being unable to cast any spells for 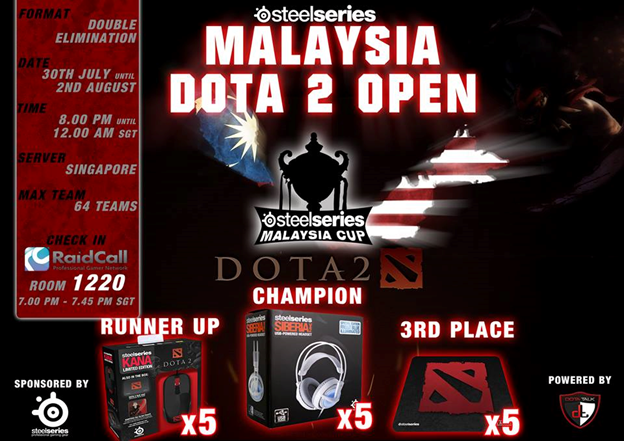 At the end of the day, both teams played their best and gave their all, but there could only be 1 winner after all . We here at DotaTalk would like to thank all the teams who participated in this awesome Tournament, and to the casters who helped made the matches that more interesting. And to Steelseries who without, this tournament would never have happened. As always look to DotaTalk for your Dota2 news and coverage of all the Minor/Major events happening all over the world.